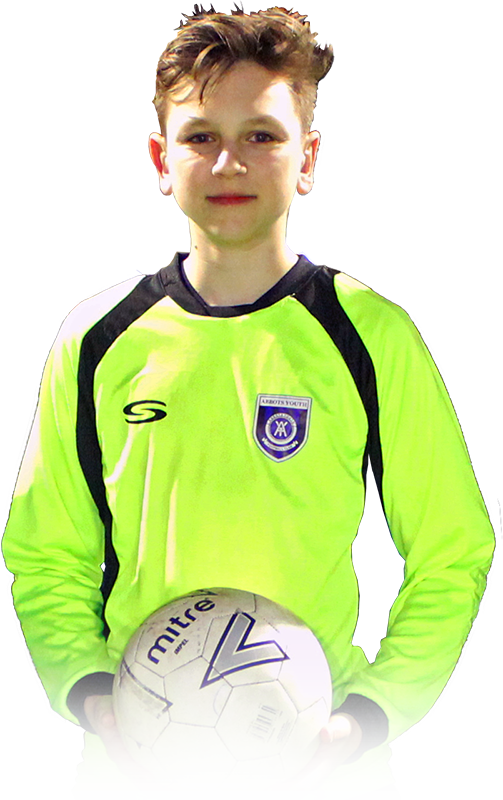 Abbots Youth commenced their football induction at Under 11 which was the similar age for schools playing football. Abbots at that time had three teams, an Under 11, Under 13 and Under 15 age groups. They played their football at Manor House Grounds, with the Under 11's playing on the Junior Pitch, the U13’s and U15’s sharing the senior pitch alternative weekends. The committee had five members, the 3 managers, chairman and a minute taker. The teams were organised and run as separate entities by the managers, who were also dads of players in the teams.

In 1992, a dad who would later become the Chairman for five years, came down with his son to play football. There were no facilities or arrangements for Under 6’s, but with the younger brothers of the older players turning up, and with the help of the Under 17’s playing sessions started and have not yet stopped.

Within two years Abbots Youth fielded 2 teams of Under 10 and Under 8, playing the then "new" small sided games, arranging games and competitions with other like minded managers.

By 1996, Abbots Youth had six age groups playing with Under 18, Under 16, Under 14, Under 12, Under 10, and Under 8, with the foundation of numbers growing particularly at the younger age groups.

In 2000, the size of organisation grew again to having ten teams playing competitive football from Under 7 to Under 17, the demands were stripping supply of not only the facilities but also the ability to provide an effective platform to train and run these teams. An organisation, support and training were needed to ensure that a recognised quality could be given.

It was then in September 2000 an aspiration for the club to gain recognition for the service we were providing. Ensuring that as a club we offered the most secure and best development for the children. So we then committed to meeting the Football Association Charter Status. And after two years of training courses and development of our management teams we achieved this prestigious status in 2002.

We were also committed to finding or making a home for Abbots Youth Football Club as all we had were the Manor House Gardens playing fields. We have been actively supporting the lottery funding for the Community Centre but surprisingly this did not deliver the new site.

In order to meet this desire we achieved building a relationship with the Abbots Langley Cricket Club, and now have access to a club room, a facility which we can call home.

We have also had to expand our pitches for playing our football, and we now also play at Primrose Hill, Kings Langley School, Greenwood Park, Abbots Langley School and Tanners Wood School.

With our club objectives to play all skills and all differing capabilities in a non discriminating environment, perhaps you would like to join and support this continuing growing club.